Discover the magical Kingdom of Bhutan, a remote country where the traditions of Buddhism have remained untouched by the modern world. A happy place where national success is measured in Gross National Happiness.

Located on the Himalayas’ eastern edge, this isolated country was closed to tourists until the 1970s. With many years of separation from other countries, Bhutan has retained a treasure trove of ornate monasteries, temples, dzong fortresses, and dramatic landscapes – along with a strong Buddhist culture.

Bhutan’s landscape is like no other – there are lush subtropical plains to the south, but it’s the soaring Himalayan mountains that the world knows best. Add to this its ubiquitous national dress, architectural treasures, and the colourful hill-side prayer flags, and you have a truly mesmerising country.

Almost every holiday to Bhutan begins in the modern-day capital, Thimphu, where the country’s fascinating culture is concentrated by the bustle and energy of what is also Bhutan’s largest city. Visit the white-painted, golden-spired National Memorial Chorten, a shrine dedicated to World Peace, and the iconic Tashichho Dzong, which presently houses the throne room and offices of the Bhutanese king and the government.

Away from Thimphu, you might discover the colourful town of Phuntsholing, with its carved wooden Bhutan Gate, or perhaps step back in time in the ancient former capital, Punakha, which is home to the grand Punakha Dzong, built at the point where the Pho Chhu and Mo Chhu rivers meet. Above all, no holiday to Bhutan would be complete without a visit to the sleepy town of Paro, set amidst a charming valley, beneath the peaks of the eastern Himalayas. The town is home to Bhutan’s National Museum, but the real draw is the cliff-side monastery of Taktsang Lhakhang, the Tiger’s Nest, one of Bhutan’s (and arguably the world’s) most iconic landmarks.

Travel back in time and discover a country like no other on one of our tours to the Kingdom of Bhutan.

THINGS TO SEE IN BHUTAN 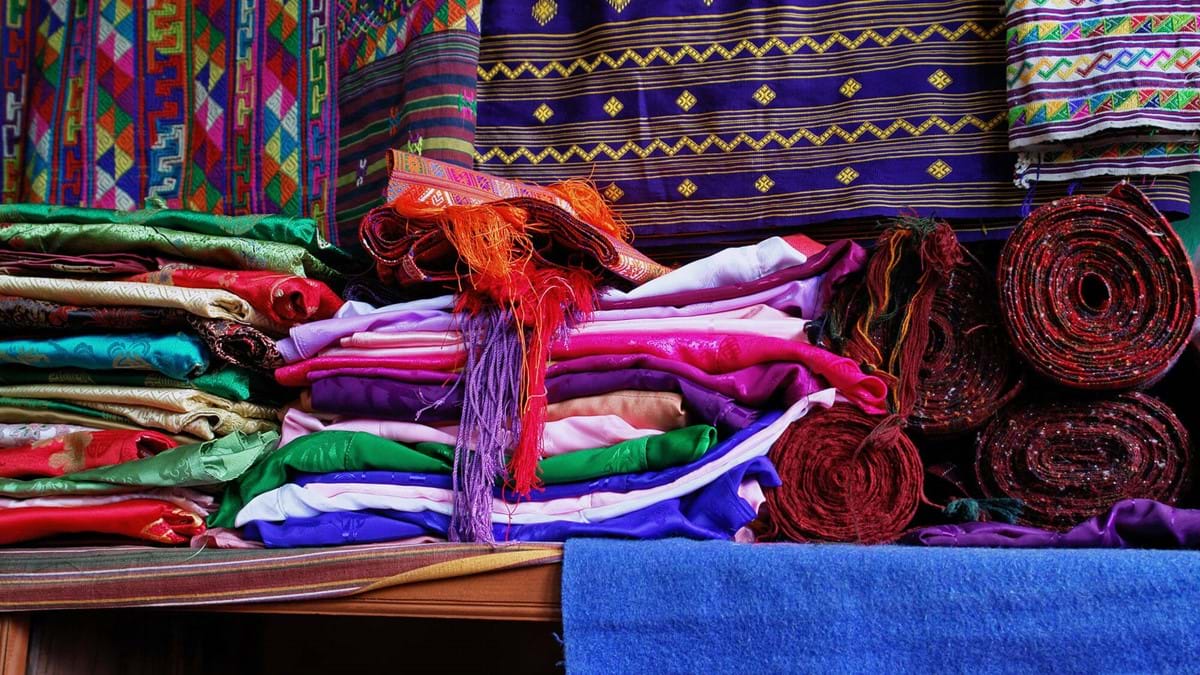 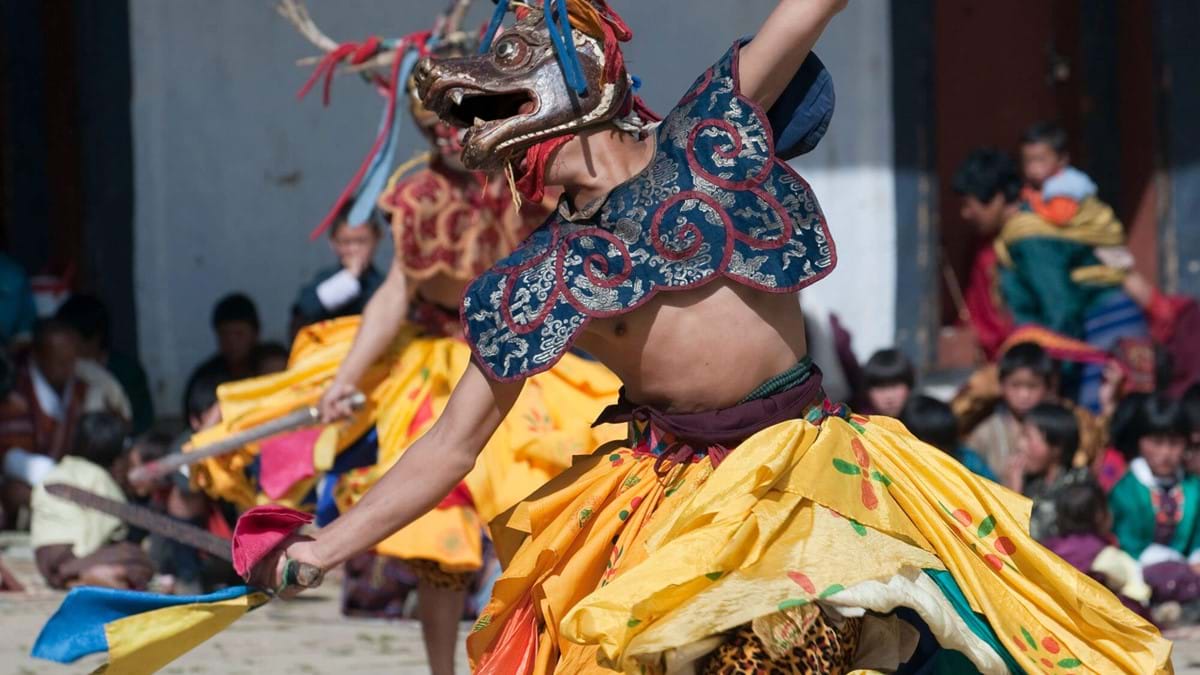 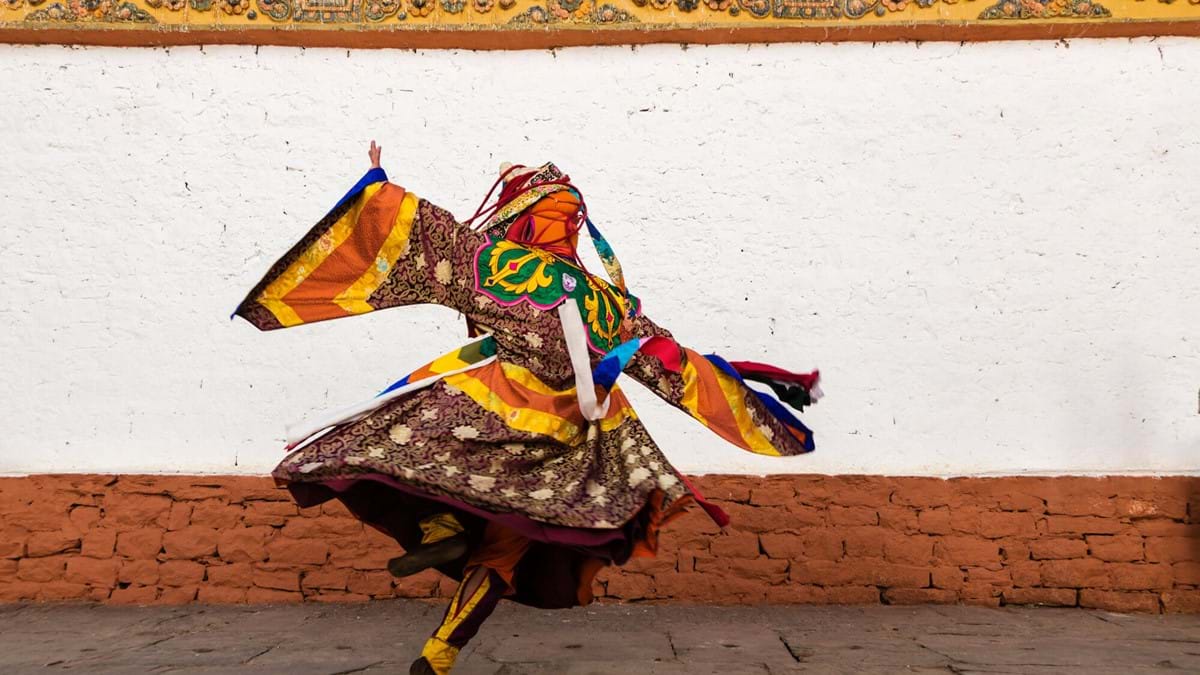 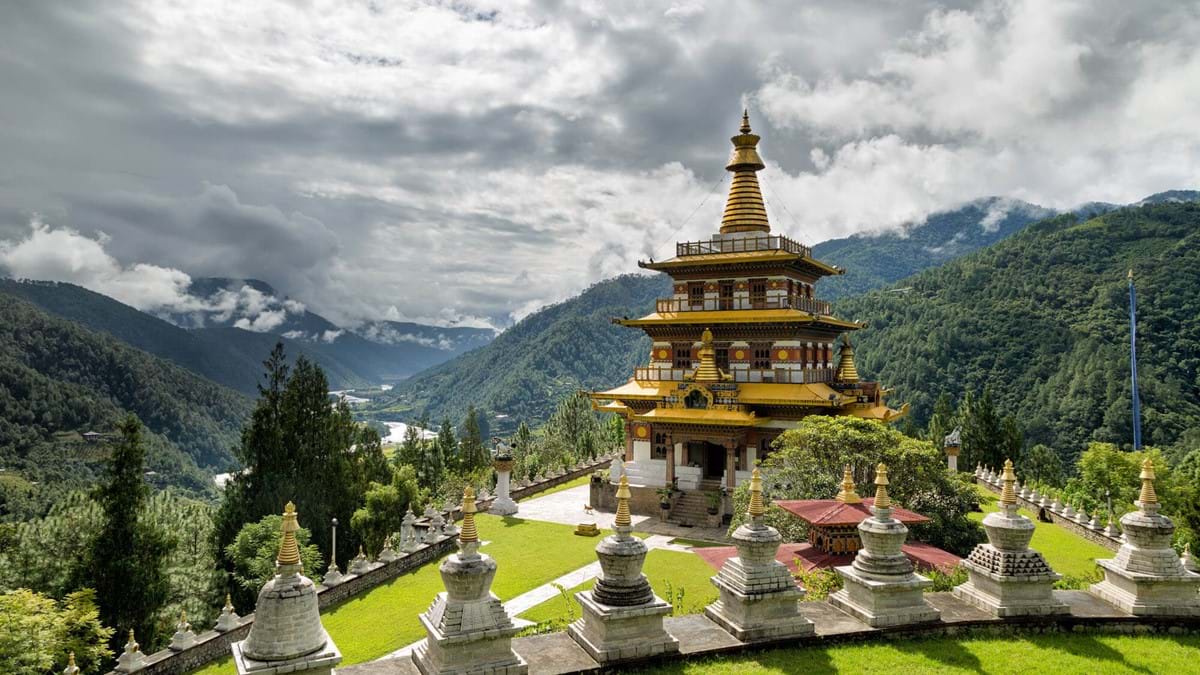 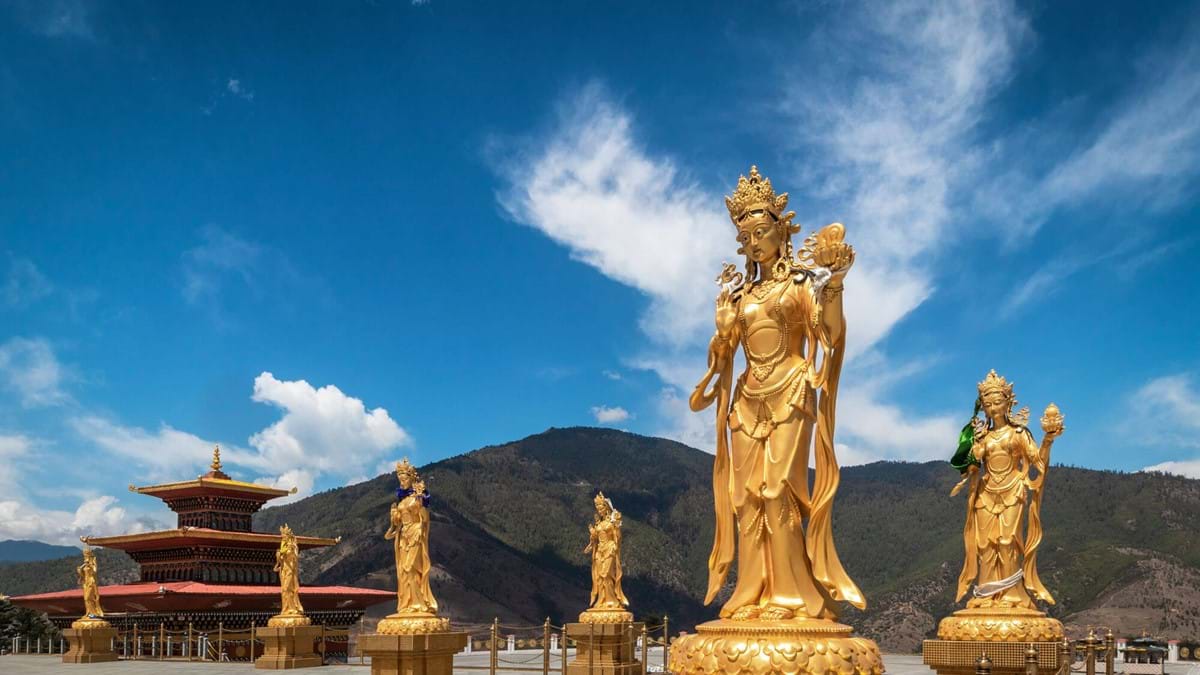 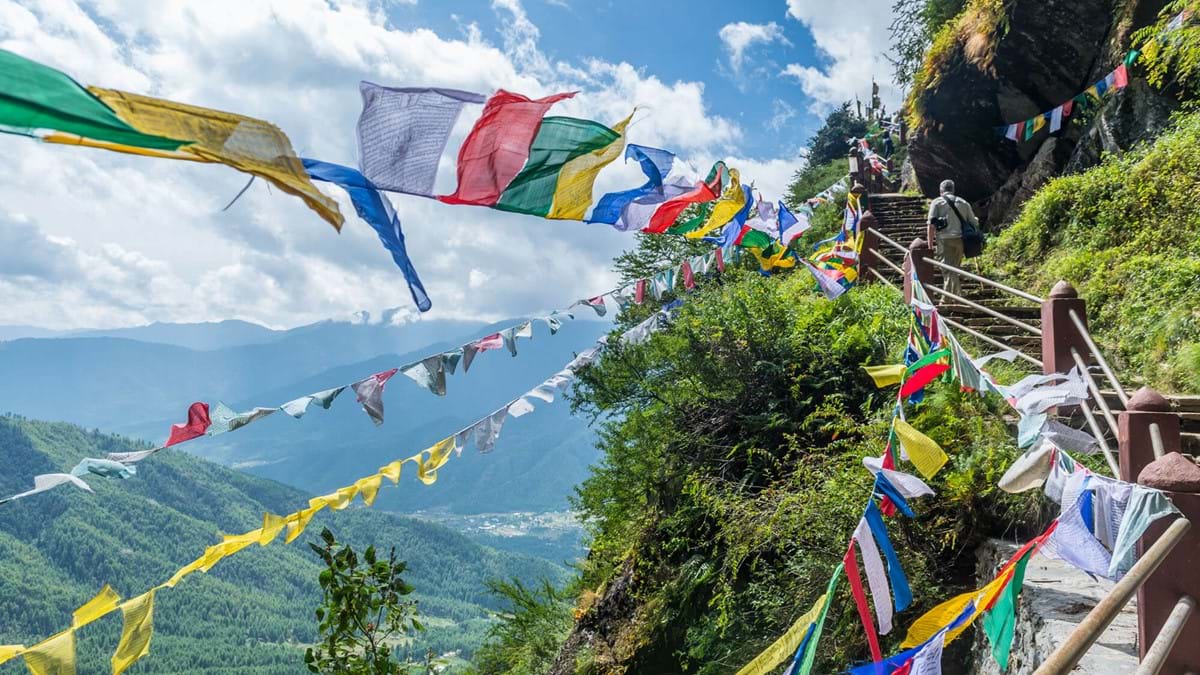 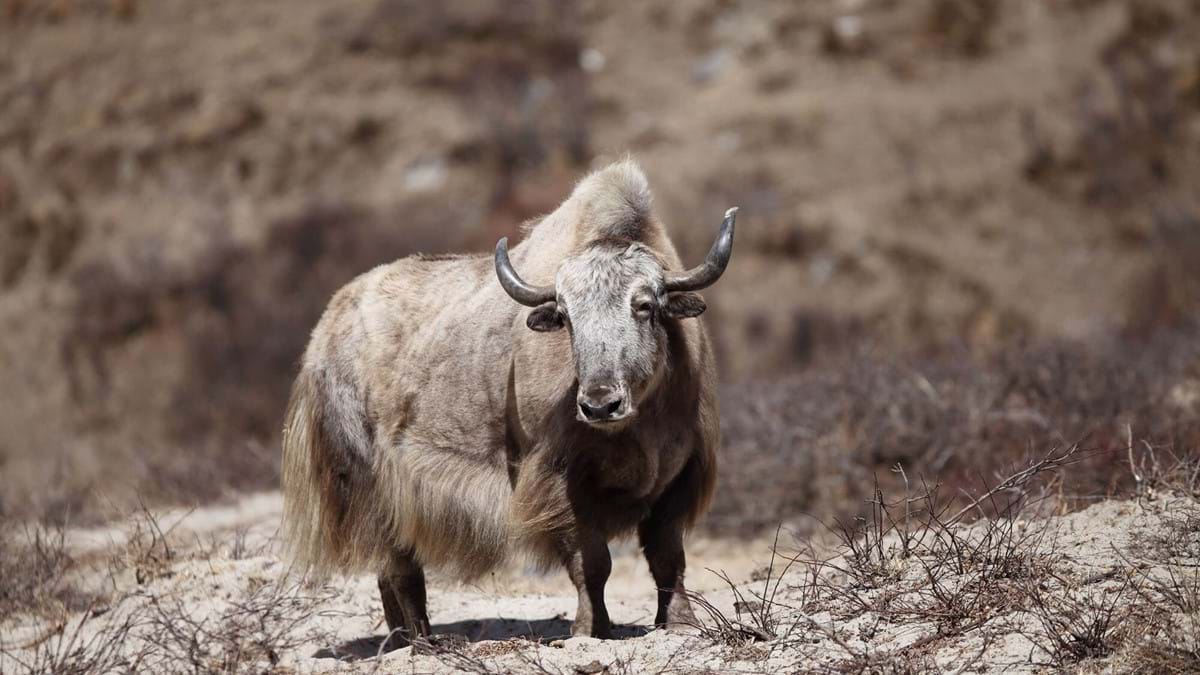 THINGS TO DO IN BHUTAN

Known for its monasteries, dzongs and striking natural landscapes, the small country of Bhutan offers its visitors plenty to see and do. Whether you most want to experience its culture and traditions, discover its fascinating history, or take in its dramatic landscapes, you are sure to be mesmerised. Here are a few of the top things to do on you holiday in Bhutan.

Head to Taktsang Lhakhang, the Tiger's Nest Monastery, one of Bhutan's most famous spots, located on the cliffside of Paro Valley. The journey there is well worth the challenge, whether you follow the entire trail or not, and the views are magnificent. 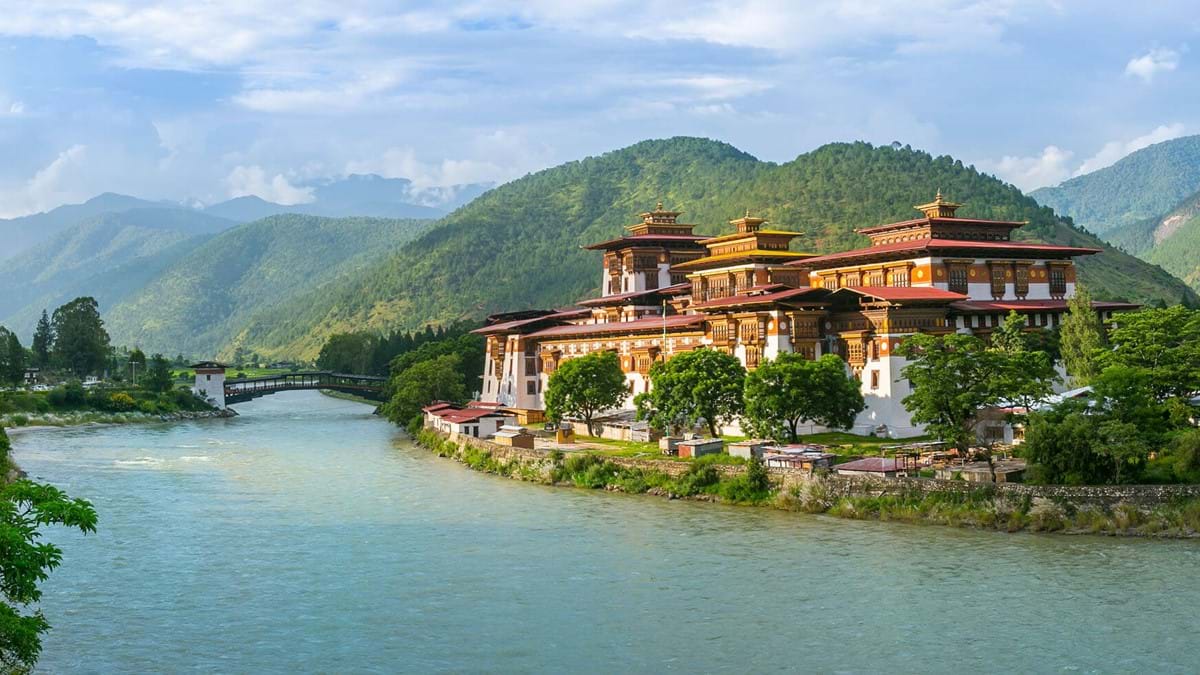 See the Punakha Dzong. Its impressive carvings are a sight to behold, and it’s as beautiful on the outside as it is inside. Opt for a tour of the dzong with a guide, who will be able to explain the detailed history of the place. 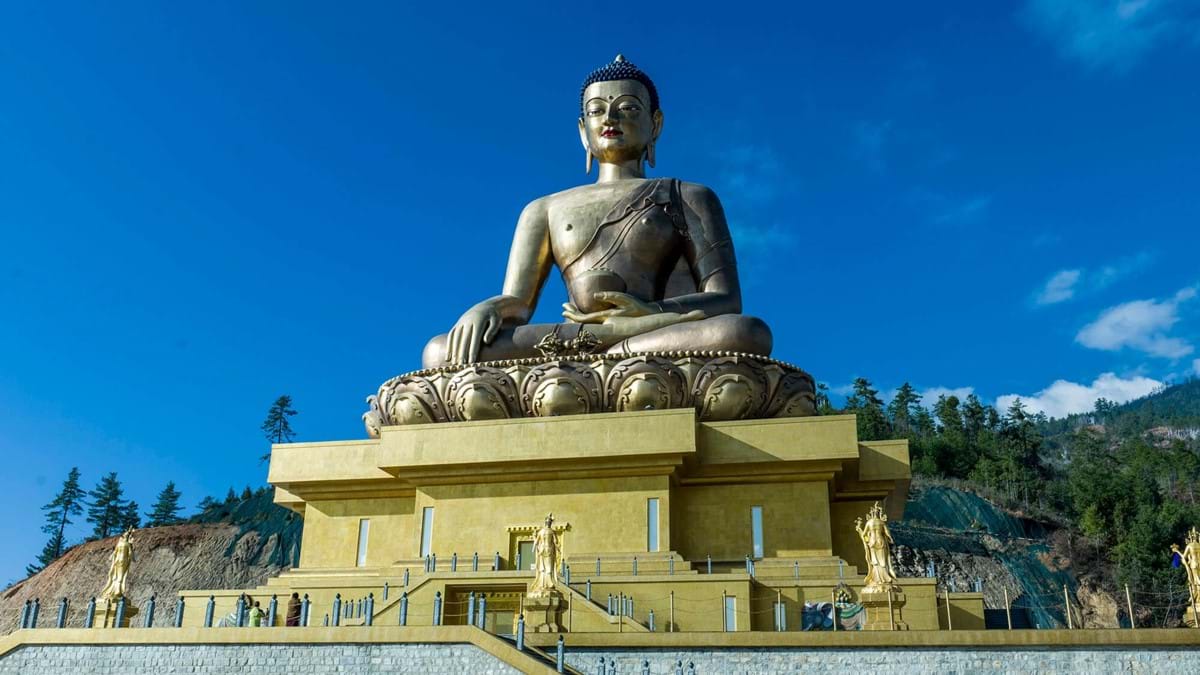 See the majestic Buddha Dordenma in Thimphu. You can see this imposing golden statue from the distance, but it’s even more impressive up close. You’ll also get to see all the beautiful views of Thimphu from the viewpoint that surrounds it. The temple under the main statue also houses hundreds of small Buddha statues, each crafted of gold and bronze like their massive ‘brother’.

Bhutanese cuisine is very distinctive. Ema datshi, a stew consisting of green chili peppers in a cheesy sauce is the country's most popular dish, and chilli and spices are an important part of most dishes. Curry, ginger, cardamom, turmeric, Sichuan pepper, garlic and caraway are all common. 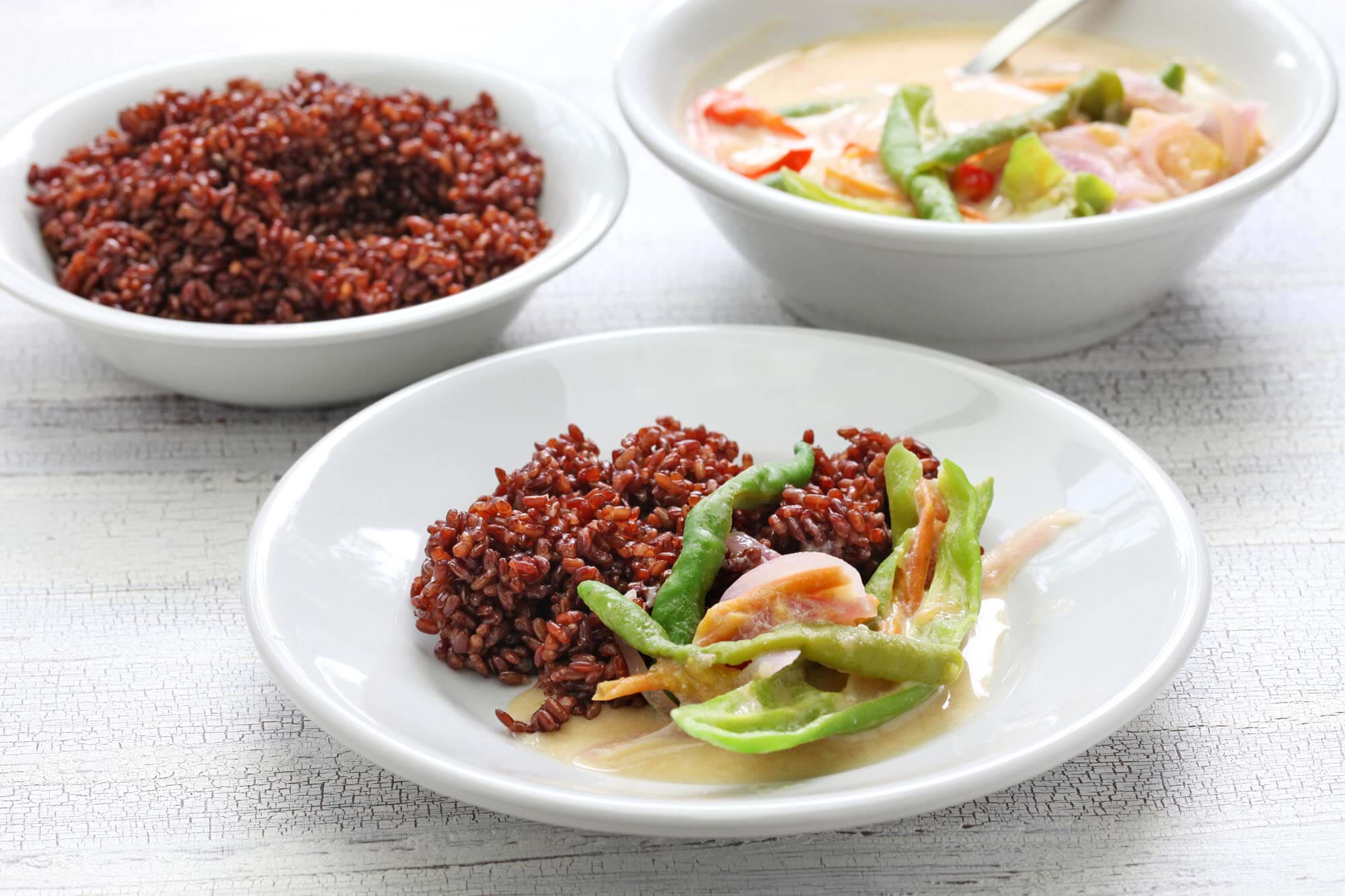 Rice and buckwheat are the national staples, particularly a variety of red rice that grows at high altitudes, while protein comes in the form of chicken, eggs, yak meat and occasionally pork, beef, lamb or lentils. Jasha maru, a spicy minced chicken dish, usually served with rice, is another a Bhutanese favourite, while dumplings (momo) stuffed with pork, beef or cabbages and cheese are the Bhutanese people’s most popular snack on the go. You’ll find that many restaurants in the country serve Chinese, Nepalese, Tibetan and Indian foods.

When it comes to drinks, Bhutan's offerings are rustic and robust. The local beer is Chang, but ara (rice wine) is probably more popular, as is tea - sometimes black or milky, but usually blended with rich, salty butter.