An imposing yet aesthetically gorgeous wonder, Agra Fort is as beautiful as it is teeming with history.

Some iteration of the fort has been around for nearly six centuries now and, though its ownership has changed hands throughout that time, its iconic status has remained. Placed on the banks of the Yamuna River and overlooking the city that shares its name, the structures inside the complex are just as incredible as its vast walls and the rust-coloured towers that adorn it. The Indian Military still uses the northern portion of the fort today, a testament to its place in the country’s history.

With Newmarket Holidays escorted Agra Fort tours, you’ll not only be able to take in everything the complex has to offer, but learn about its expansive history too. However, even with the most learned tour guide there will still be secrets the Fort will never reveal, mostly thanks to much of what it once contained being lost to pillaging and time. However, you will get more of a sense as to why it’s so important both culturally and architecturally. Regardless of why you visit, by the end of your Agra Fort tour you’ll be wowed beyond words.

Things to see and do at Agra Fort 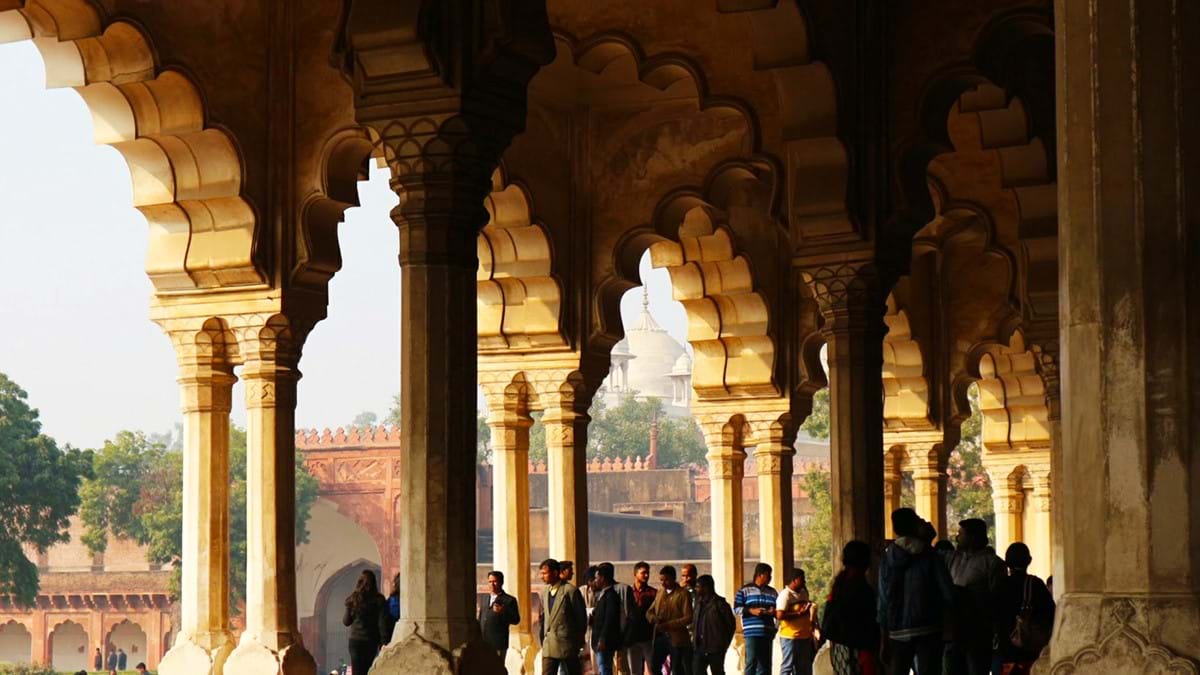 Although every part of Agra Fort is worthy of exploration, one of the most stunning sites within its walls is Shahjahani Mahal. Set between the white marble Khas Mahal and the red stone Jahangiri Mahal, it’s easy to spend an age admiring this palace’s unique design, and imagining just how grand it was when in full use. 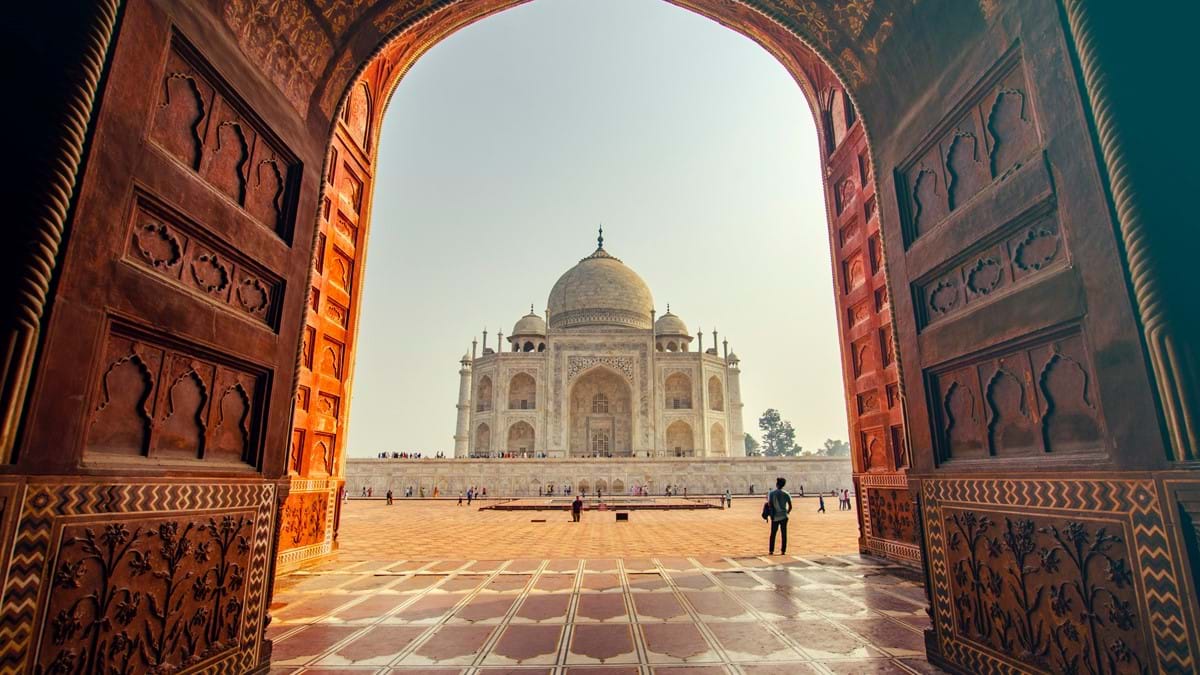 You could spend an entire day wandering through Agra Fort and not run out of things to see and do, but just a short walk from the complex lies one of India’s most iconic treasures: the Taj Mahal. The world-famous monument to grief and love is a must-visit for anybody in the city of Agra, and you can easily combine an Agra Fort tour with a visit to the globe’s most known mausoleum. 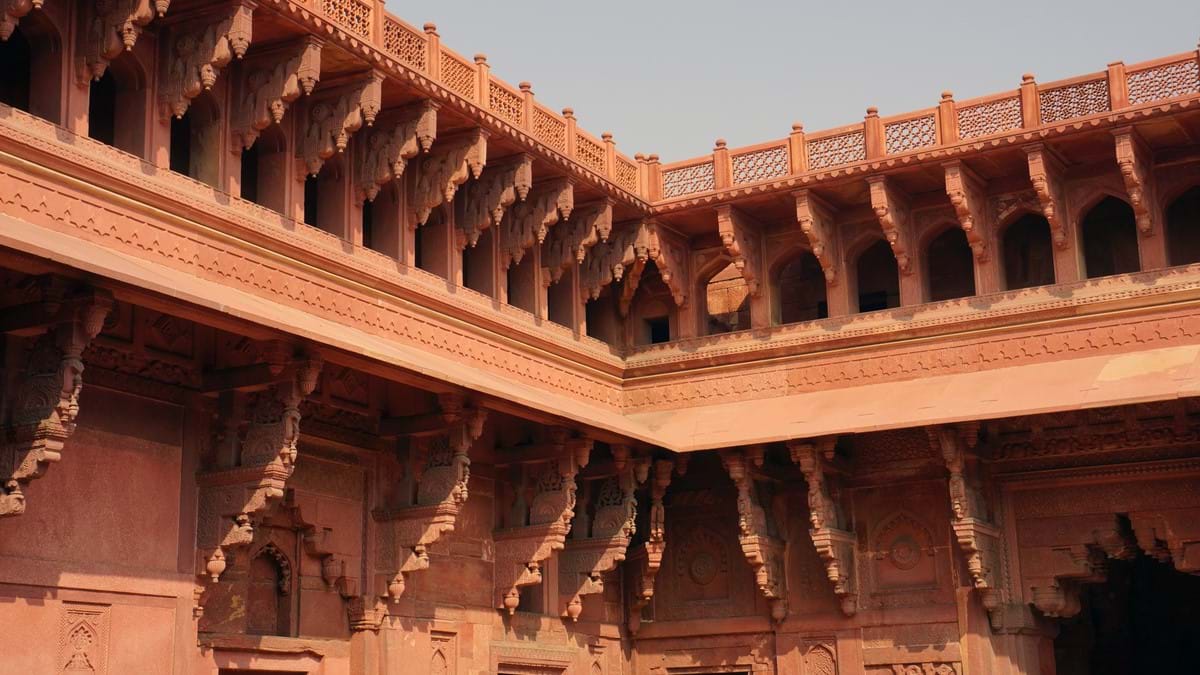 Jahangir’s Palace is probably the most important building within the Agra Fort complex, and is one of the few structures that remains mostly intact from the reign of Akbar. Originally built for his Rajasthani wives, it is named for Akbar’s son Jahangir.

Food and drink at Agra Fort

Dalmoth is a foodie favourite in Agra, and for good reason. 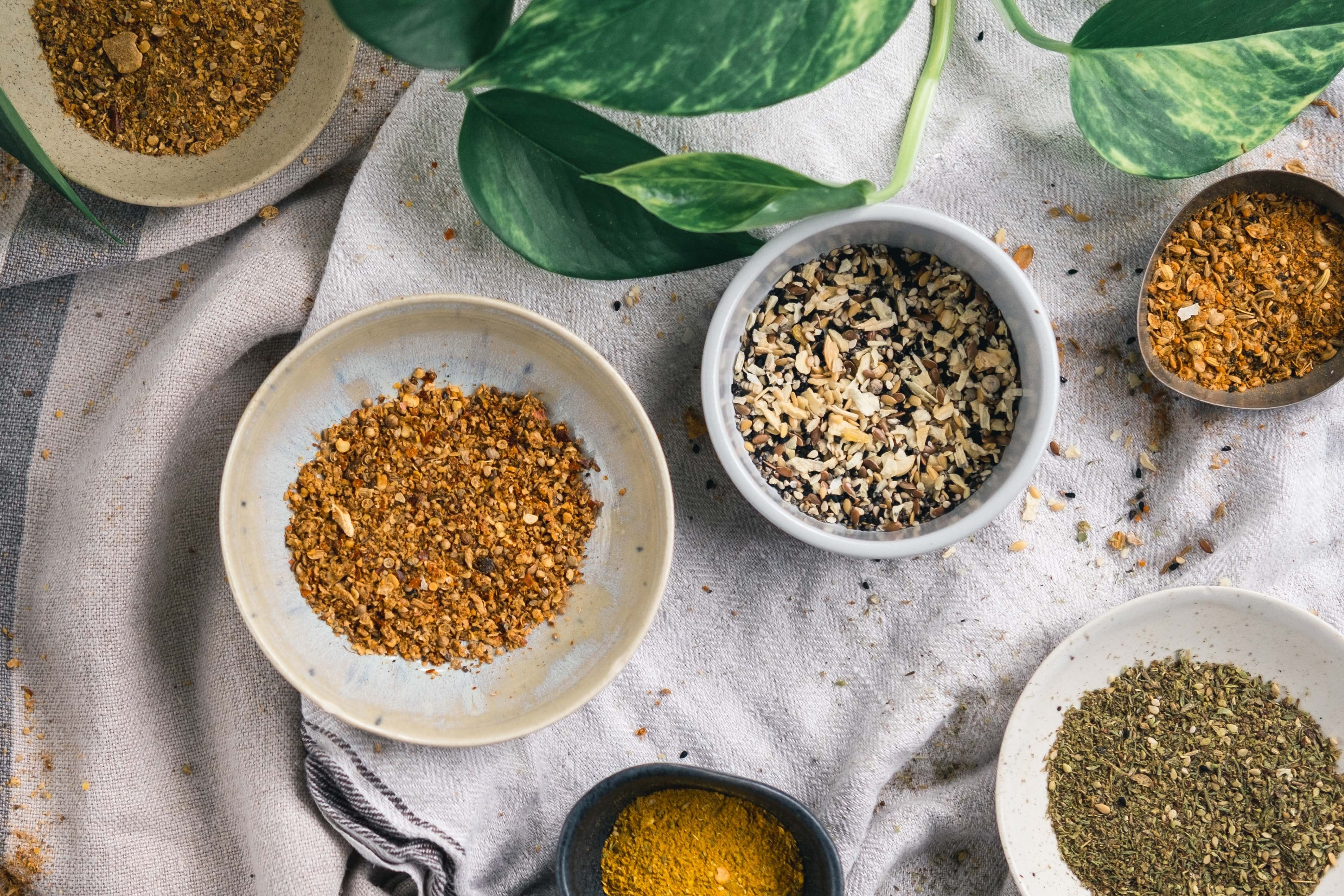 Consisting of roasted, spiced lentils or other kinds of legume, it’s a delicious but filling snack that is served freshly fried by local street vendors. Crunchy, flavourful, and surprisingly healthy, make sure you get yourself a bag.

If you’ve got a sweet tooth then there’s no better way to indulge it than with Petha. The ghost-white soft candy is made from white pumpkin or ash gourd, and flavoured with lime and sugar syrup.

Mughlai paratha is a savoury fried bread treat that can be filled with anything from potatoes to mincemeat. Each vendor or restaurant will create their own concoction so no two of these dishes will be the same, which means you’ll just have to try every single one you see.