JOIN US ON A HOLIDAY TO JORDAN

Discover the holy land of Jordan, an ancient place deep-rooted in biblical traditions and history, where the past seems to seep into the present.

Spread out on the east bank of the Jordan River, at one of the historic crossroads of Asia, Africa and Europe, Jordan shares land borders with five countries. Saudi Arabia lies to the south and the east, Iraq to the north-east, Syria to the north, and Israel and Palestine to the west. The country is landlocked except at its south-western corner, where there is a 16-mile coastline on the Gulf of Aqaba and the Red Sea.

From dramatic desert landscapes and nature reserves to Crusader castles, ruined Roman cities and Biblical landmarks, Jordan is a country full of history and phenomenal contrasts. Take a holiday to Jordan and discover its treasure trove of ancient wonders.

Discover the astonishing ruins of a by-gone civilisation in the lost city of ‘rose-red’ Petra, with its First-century tombs and temples carved into the pink sandstone cliffs. One of the Seven Wonders of the World, Petra was the ancient capital city of the Nabataean people.

Almost due north of Petra, rising to the east of the Dead Sea, lies Mount Nebo, the resting place of Moses. From here, you can enjoy stunning views of the Jordan Valley, the Dead Sea, Jericho, Bethlehem and the distant hills of Jerusalem.

On the north-eastern side of Mount Nebo, in complete contrast to the silent city of Petra, still-youthful Amman awaits atop its many hills, overlooking wondrous Roman ruins, modern mosques, buzzing souks and lively cafes. Take a visit to the majestic Citadel, where you can enjoy panoramic views of the city. See the remnants of the temple of Hercules and its pillars, and be sure to visit the Jordan Archaeological Museum, which houses artefacts dating from prehistoric times to the 15th Century.

In further contrast, this time to Jordan’s cities, the nation’s two (also contrasting) seas provide peaceful surroundings for relaxing and swimming. Go snorkelling and enjoy the kaleidoscopic coral reefs of the Red Sea, or unwind at a Dead Sea hotel, where floating effortlessly in the super-buoyant, extra-salty waters is one of the strangest sensations of any holiday to Jordan.

THINGS TO SEE IN JORDAN 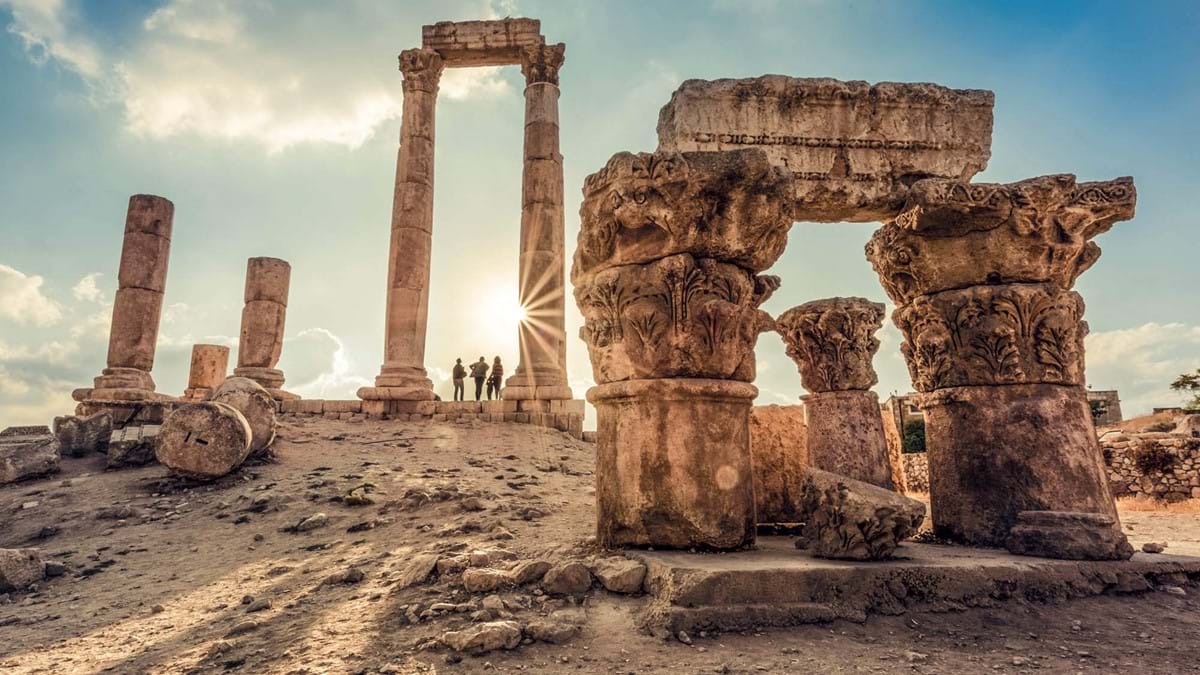 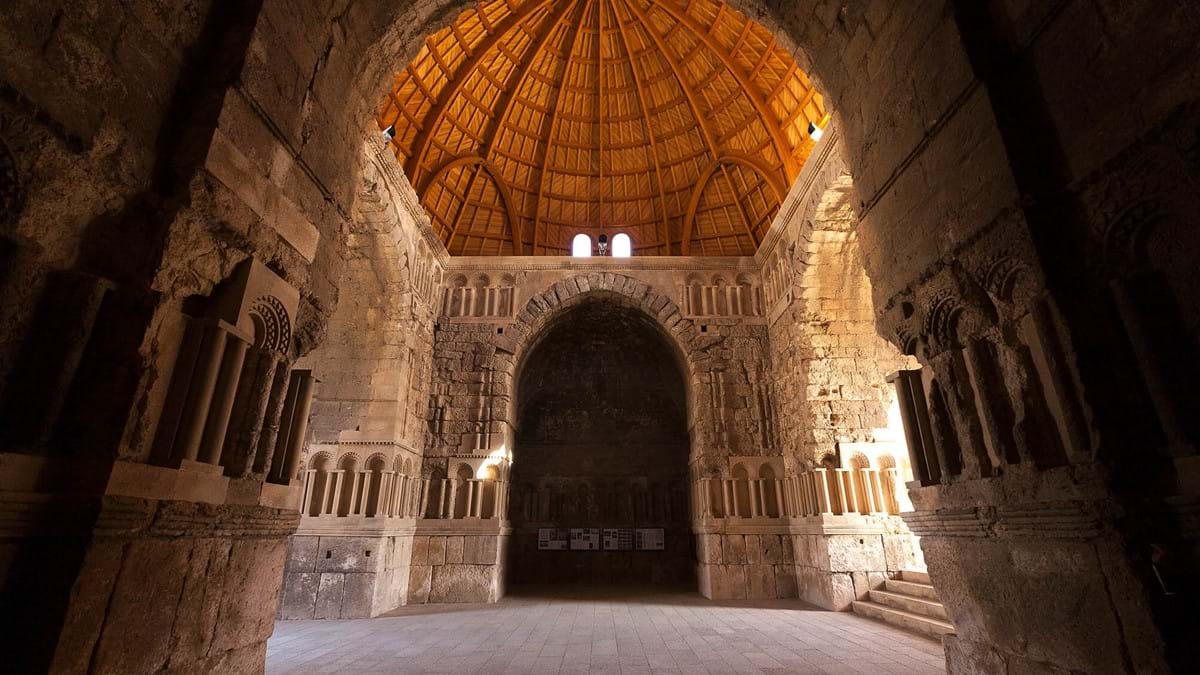 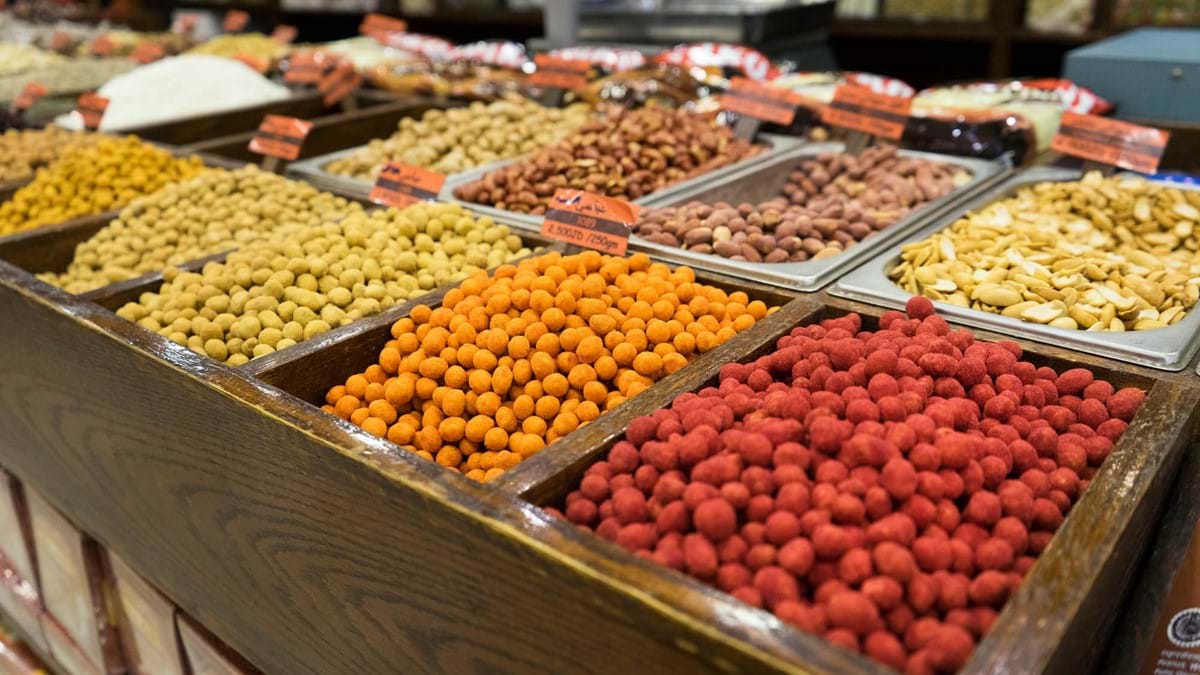 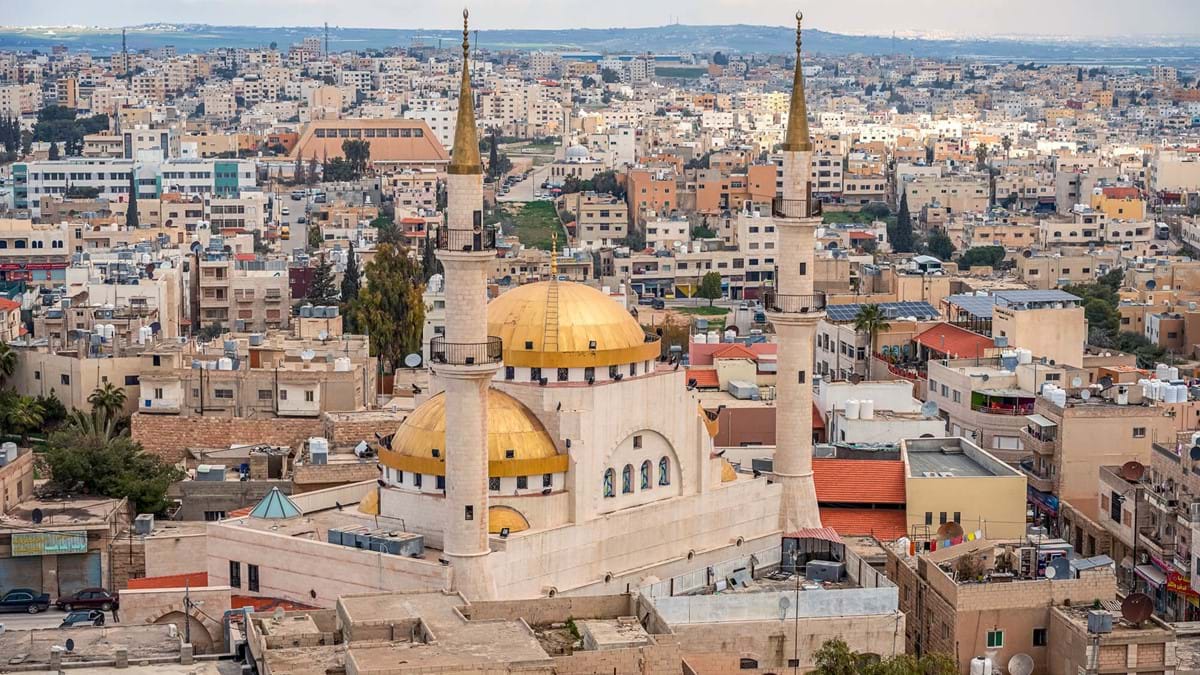 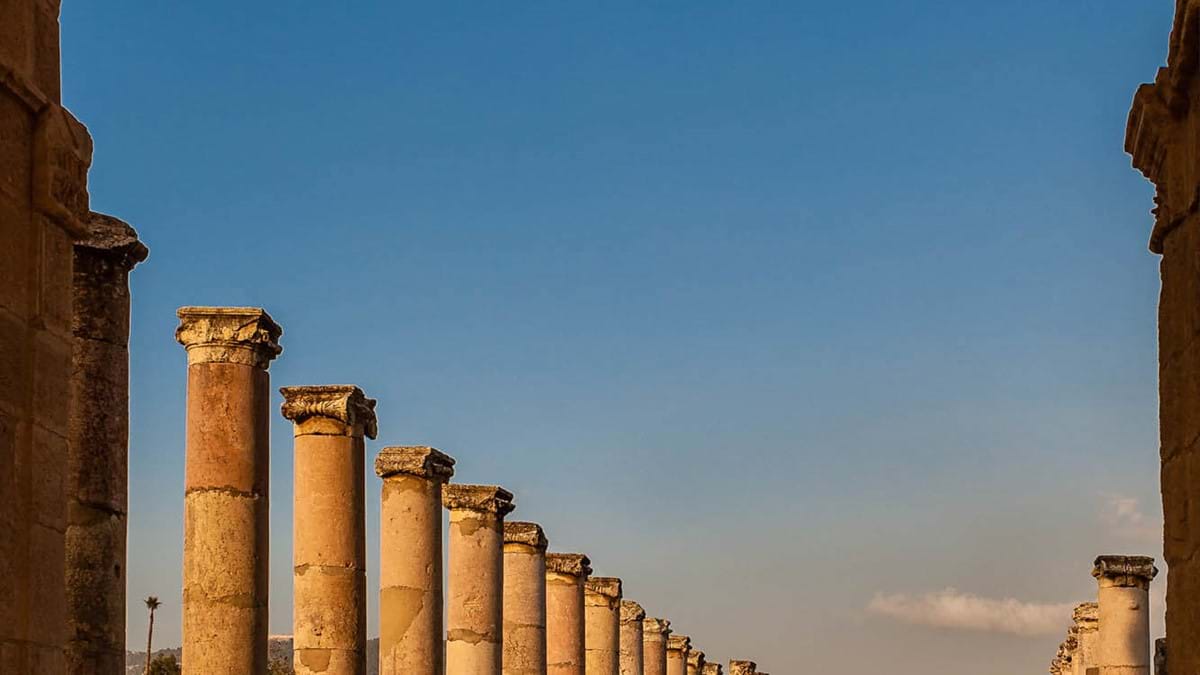 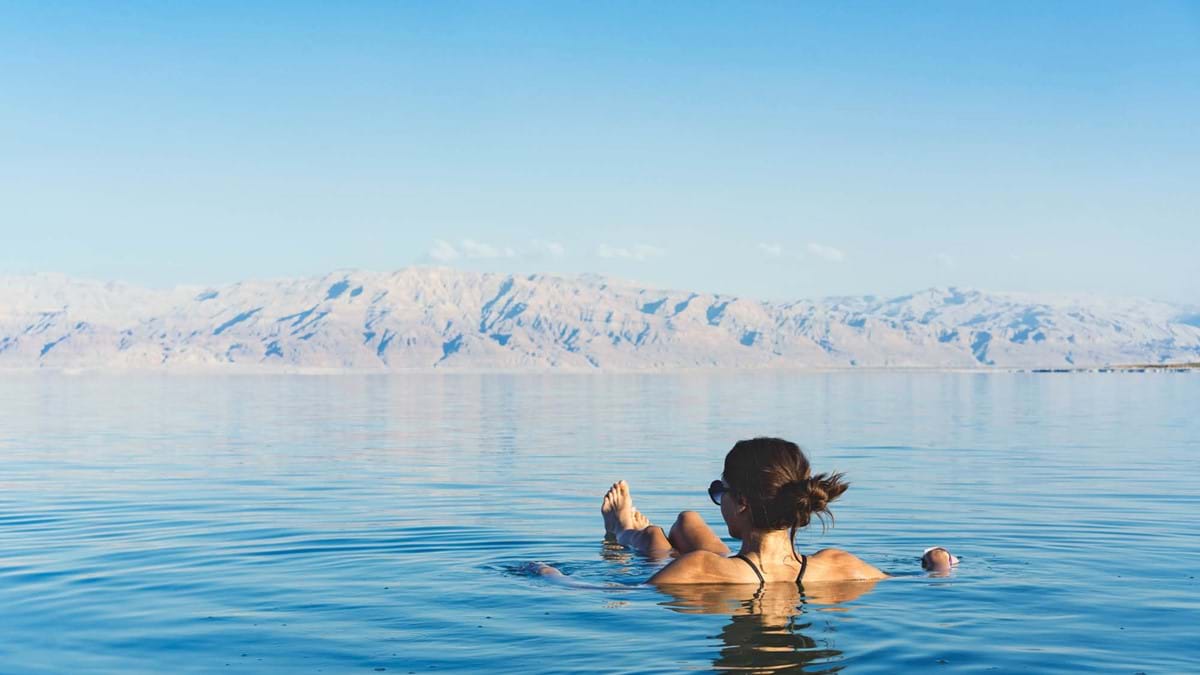 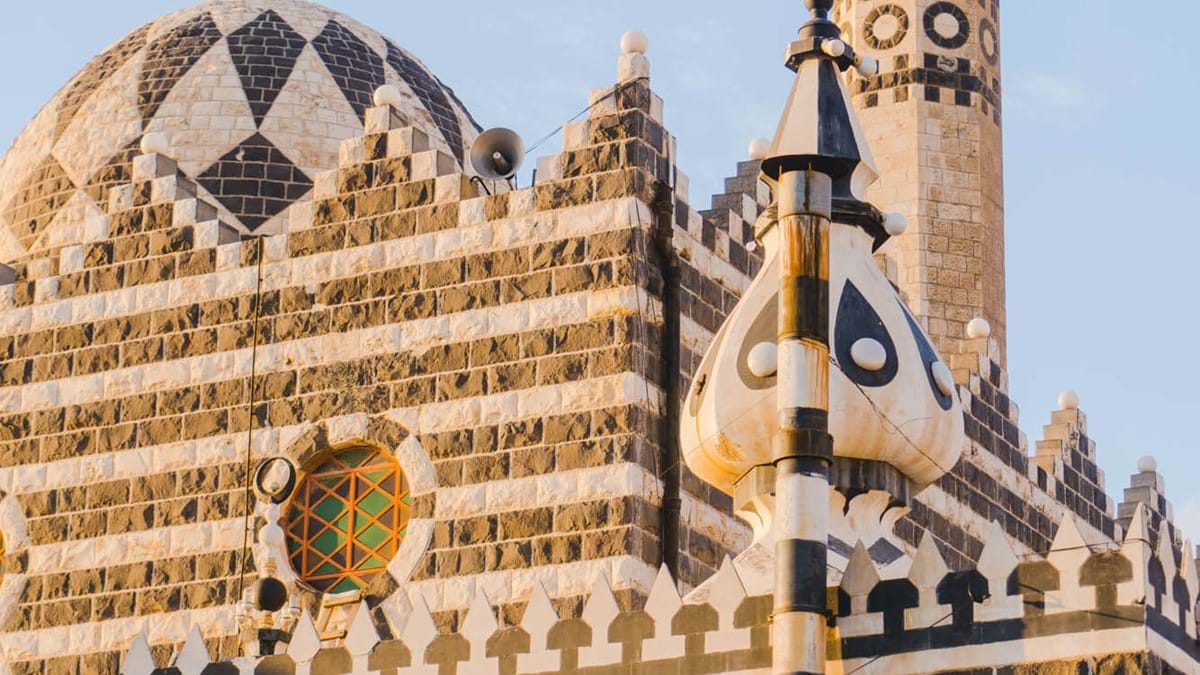 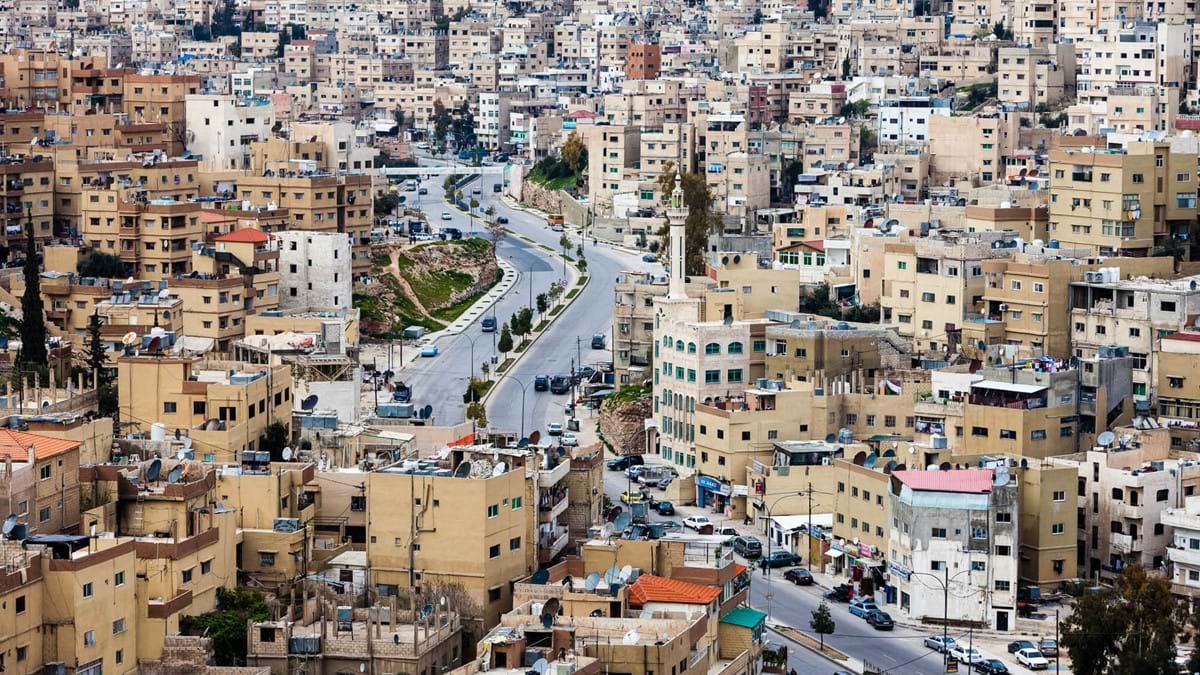 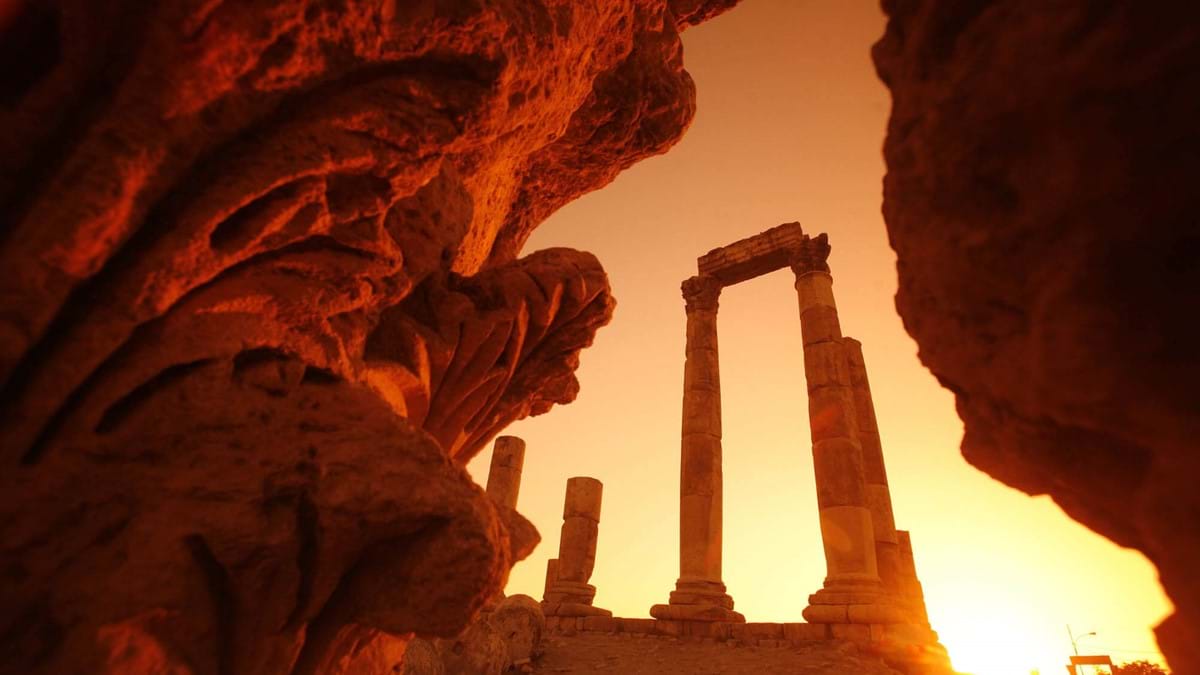 THINGS TO DO IN JORDAN

With its incredible World Heritage Sites, inspiring natural wonders and incredible history, Jordan offers a plethora of things to see and do for its visitors. Here are some of our top suggestions to add to your list of things to do on your holiday in Jordan.

Visit the Treasury (Al-Khazneh), in the remarkable city of Petra. Standing at a staggering 45-metres tall, this 2000-year old monument was carved out of a sandstone rock face and was originally the tomb of Nabatean king Aretas IV. 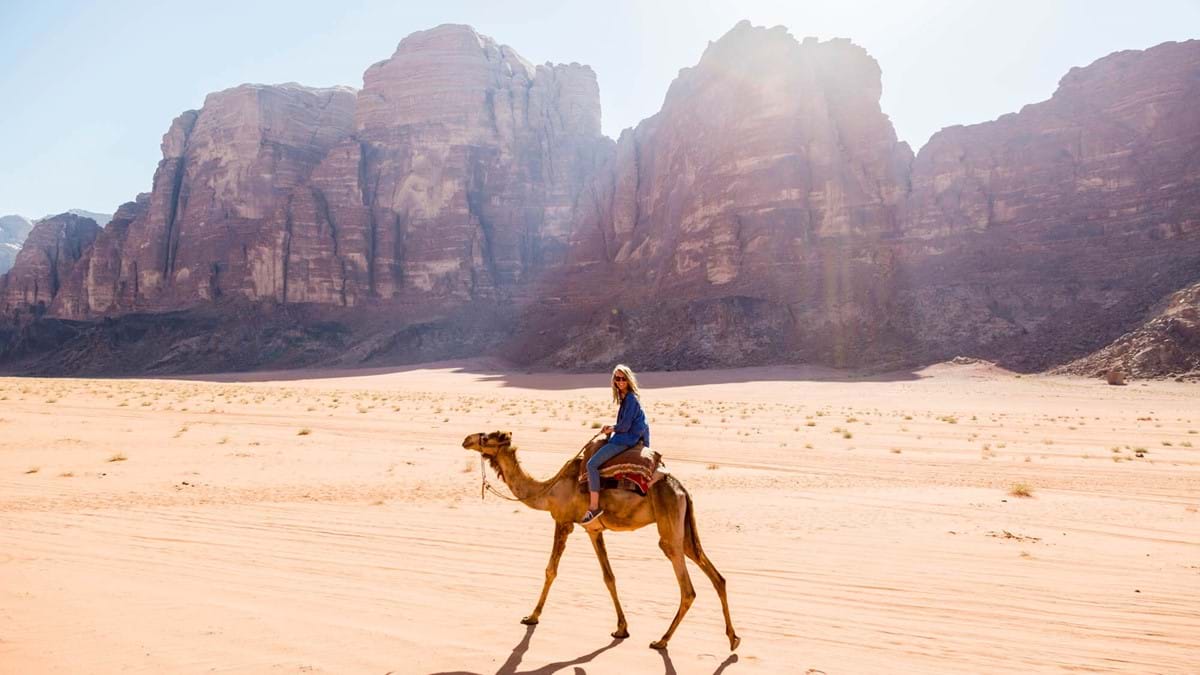 Marvel at the breath-taking landscape of Wadi Rum. This vast red sand desert is other-worldly. Watch beautiful sunrises and equally beautiful sunsets as you take in the desert mountains, sand dunes and rocky canyons 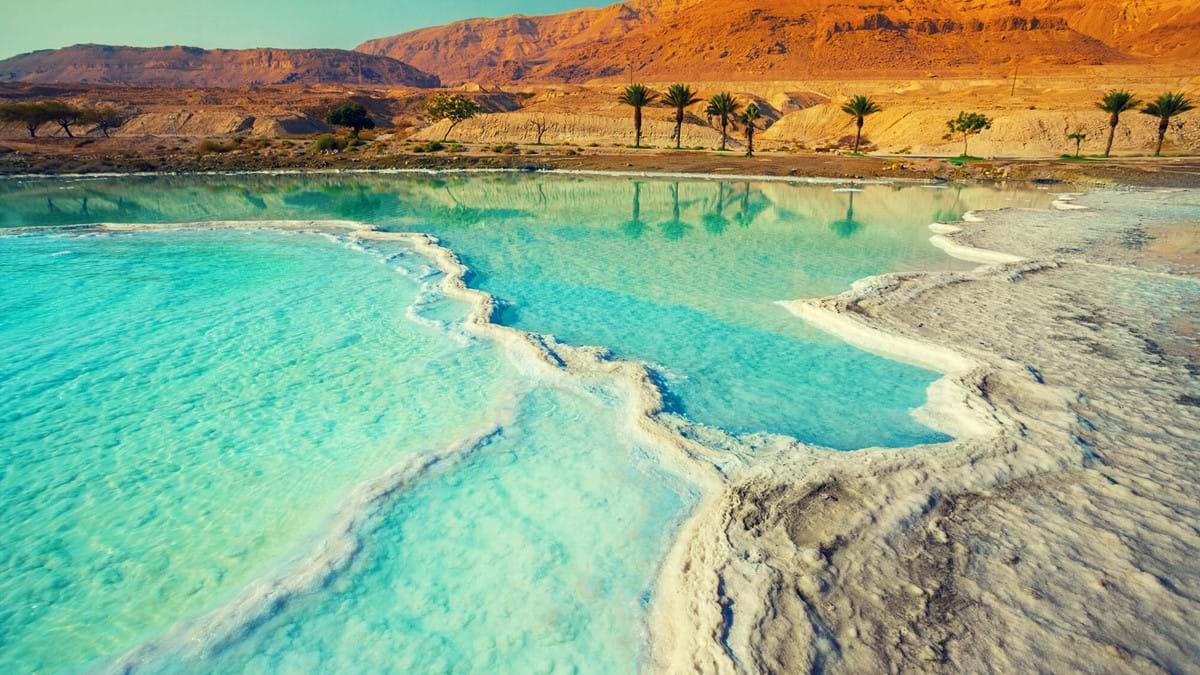 The Dead Sea is the lowest spot on earth, and the saltiest and most mineral-laden body of water in the world. Float, take a dip in the sea and feel your skin rejuvenate in the salty waters.

Jordan might seem an unlikely candidate for a foodie nation, but it’s traditional dishes and street-food culture actually offer a wealth of tasty options for travellers. 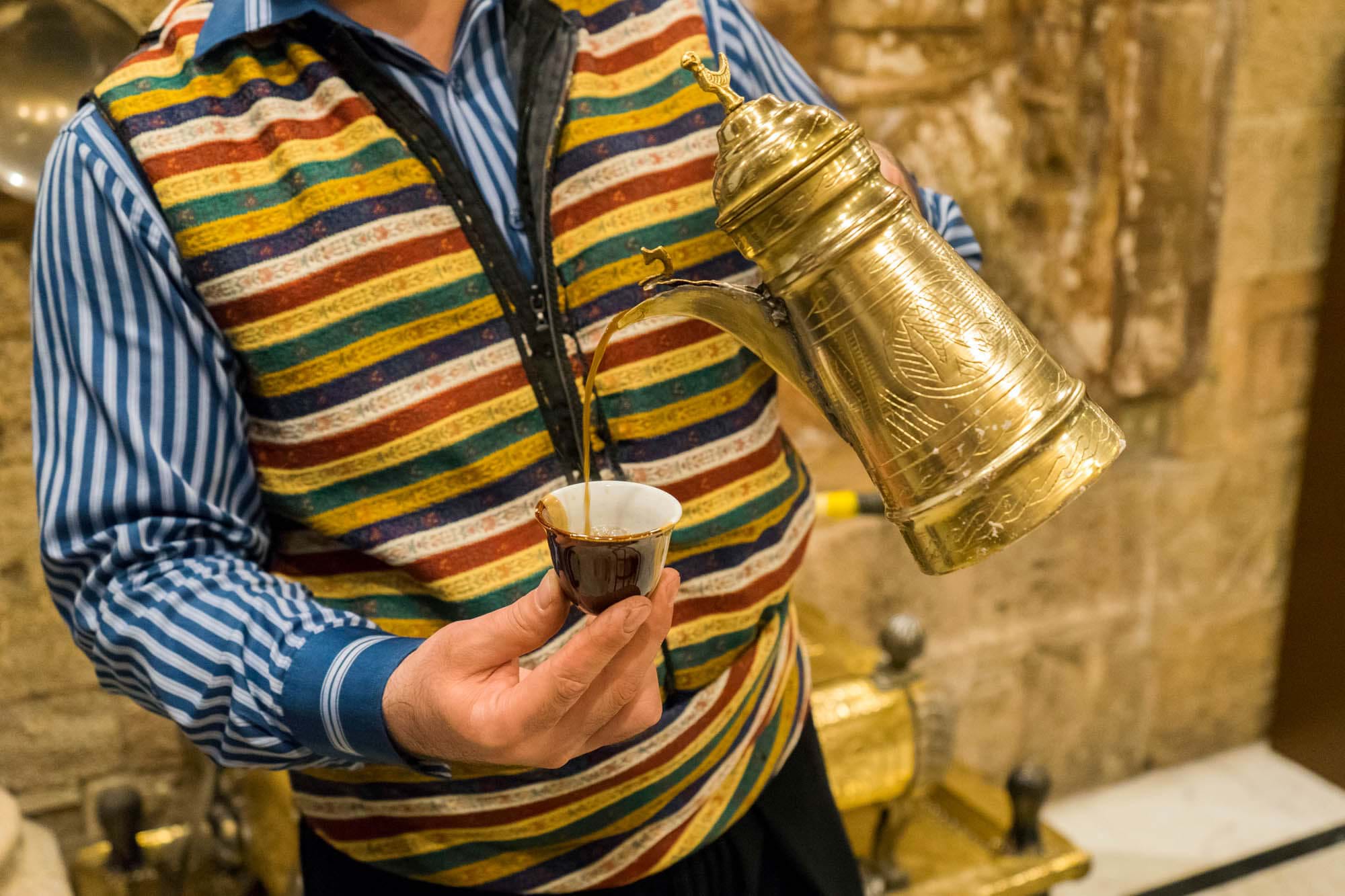 Many Jordanian dishes share similarities with Arabic and Mediterranean gastronomy, with foods such as hummus, falafel and kebabs. Like its neighbours, mezze plates are often served in restaurants, with most main courses being almost entirely meat-based. A typical mezze includes foods such as olives, baba ghanoush (cooked eggplant with additional ingredients and seasonings), pickeles, tabbouleh and Greek yoghurt.

Jordan’s national dish is mansaf, a dish of meat (usually lamb or mutton), served on top of rice, garnished with pine nuts and served with a creamy sauce of jameed (goat’s-milk yoghurt).

Yoghurt is in fact particularly popular in Jordan, often served alongside food or as an ingredient, while many dishes also include olive oil, garlic, lemon and herbs such as thyme and mint. Za'atar, a blend of spices containing a popular herb called sumac, is commonly used, while bread, rice, and bulgur are Jordanian cuisine’s typical sources of carbs.

If your holiday to Jordan takes you into the desert, be sure to try zarb, a meat dish cooked by roasting lamb, chicken and vegetables over hot coals in a sand pit.

Fresh fruit is usually served as dessert, though baklava, and knafeh (made of noodle-like pastry) are popular choices, too.

As a predominately Muslim country, alcohol laws are strict in Jordan. The national drink is tea (typically mint-flavoured) served in small glasses, and Turkish-style coffee is also a big part of Jordanian culture.

Be inspired to travel solo. Newmarket Holidays welcomes solo travellers on all our group tours. In fact, many of our customers choose to join our tours on their own. And the best part is: you won’t really be alone. With a group of like-minded travellers and a friendly, informative tour manager (as well as incredible locals all over the world!), you will love your holiday experience. Joining a tour as a solo traveller is also a guaranteed way to feel safe and confident when travelling alone. While you can join any of our regular tours on your own, we also have a range of tours designed exclusively for solo travellers.