Vibrant culture, quirky shops and world-class dining nestled against an enchanting backdrop of winding cobbled streets and historic architecture; it's no wonder that Edinburgh remains a firm tourist favourite.

Whether you're intent on discovering every one of the city's secret nooks, or taking in the main sights at a more gentle pace, Edinburgh holidays promise an abundance of unforgettable memories. Undoubtedly one of Europe's most beautiful cities, Scotland's cosmopolitan capital provides ample opportunities for keen photographers to put their skills to the test. From medieval architecture and narrow lanes to 18th century homes and colourful shop fronts, it's impossible to not be completely charmed by the city's scenic surroundings, as well as its bustling atmosphere.

Edinburgh's history dates back thousands of years, with people having resided in the area since 8500 BC. It became the capital of Scotland in 1437, with the Old Town still visible today having been developed over the middle ages. Despite its status as an elegant capital city, it wasn't always the way; the city's nickname of "Auld Reekie" came to fruition based on the vast pollution, dirt and overcrowding. Thankfully there are no signs of the squalor that existed then on today's Edinburgh tours, though there are plenty of chances to get a sense of how the city looked and felt over the centuries. From the fairytale-like cobbled streets of the Royal Mile and the imposing 12th century castle to the classical buildings and elegant squares of the Georgian period, the city's rich history comes alive as you stroll through its atmospheric streets.

Given the city's beauty and fascinating past, it's not surprising that so many poets and authors have been compelled to write about it. Edinburgh native Sir Walter Scott deemed it “My own Romantic town”, while Robert Louis Stevenson described his home as "half a capital and half a country town". The city has enjoyed numerous connections to literature over the centuries, with the likes of Sir Arthur Conan Doyle, J.M. Barrie and Kenneth Grahame having all called it home. This literary spirit lives on today; not only has Edinburgh inspired modern authors such as Irvine Welsh, Ian Rankin and J.K. Rowling, it has also been declared a “World City of Literature” by UNESCO. 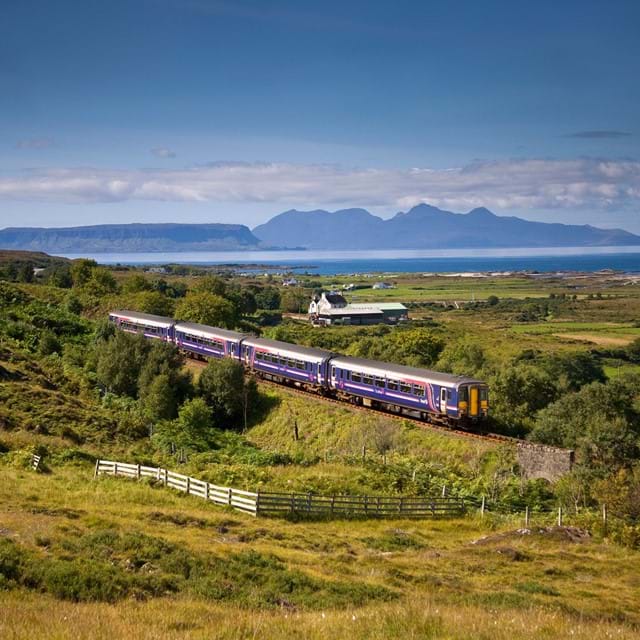 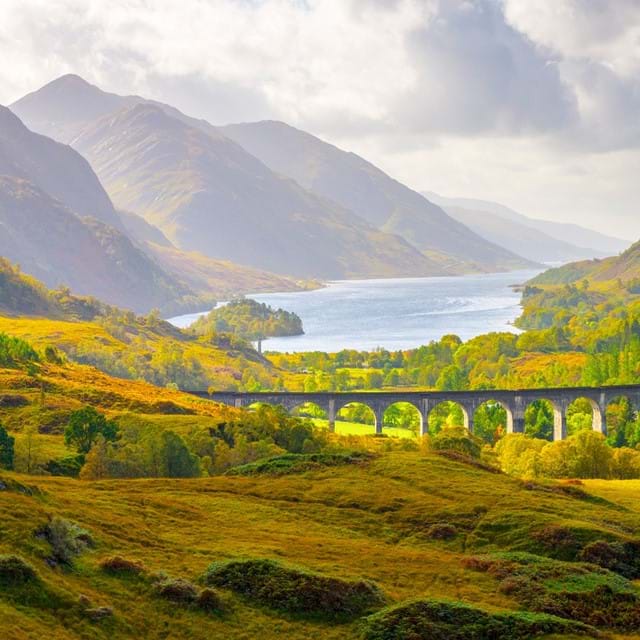 Things to do in Edinburgh

Whatever your interests, you can rest assured of plenty to keep you occupied across the city. Indeed, most visitors find they need several Edinburgh trips to even touch the surface of the numerous exceptional sights and attractions on offer across this splendid capital.

The first stop on most Edinburgh tours is the city's Old Town. As the name suggests, this is the oldest part of the city, where architecture dating back to the middle ages are still visible. With narrow cobbled lanes, or 'closes', historic buildings and underground vaults to explore, it's a wonderful place to start your holiday in Edinburgh. The liveliest part of Old Town is The Royal Mile. Here you'll find an array of impressive old churches, protected buildings, and quirky cafés, as well as the ever-present street performers attracting curious crowds. At one end of the Mile sits Edinburgh castle; an essential addition for all Edinburgh holidays. Not only are the iconic castle and its grounds impressive enough, the estate is also home to the oldest building in Edinburgh; St Margaret's Chapel, which dates back to the 11th century. At the other end of the Mile is Holyroodhouse, an equally fascinating attraction. This royal residence, constructed in the 16th century, has plenty of impressive rooms to explore, including a throne room, a banquet hall and the former bedroom of Mary Queen of Scots, as well as a ruinous, but still strikingly beautiful, abbey. Next door to the palace you'll find Holyrood Park. Spanning 650 acres, and featuring lochs, cliffs, and medieval ruins, as well as the ancient volcano named Arthur's Seat, it makes the perfect place for a relaxing stroll without even having to leave the city centre.

For those with a penchant for museums, Edinburgh is sure to delight. The National Museum of Scotland offers intriguing exhibits covering everything from nature and art to science and history. The Writers' Museum chronicles the lives and works of the city's most prolific authors, complete with portraits and personal objects. In the 18th century 'New Town' area of the city you'll find The Georgian House; an elegant classical home restored by The National Trust, while the Royal Yacht Britannia, which was used by the Queen from 1954 to 1995, can be visited in the Leith area of the city. Keen gardeners meanwhile won't want to miss the opportunity to wander around the Royal Botanic Garden, with its palm house and rock and woodland gardens, while the Scottish National Portrait Gallery and Scottish National Gallery of Modern Art will keep art lovers busy. When it comes to shopping for mementos of special Edinburgh holidays, there is a vast array of options. From whiskey and vintage clothing to having a kilt created from your family's very own tartan, the city is home to a fantastic mix of shops and markets. 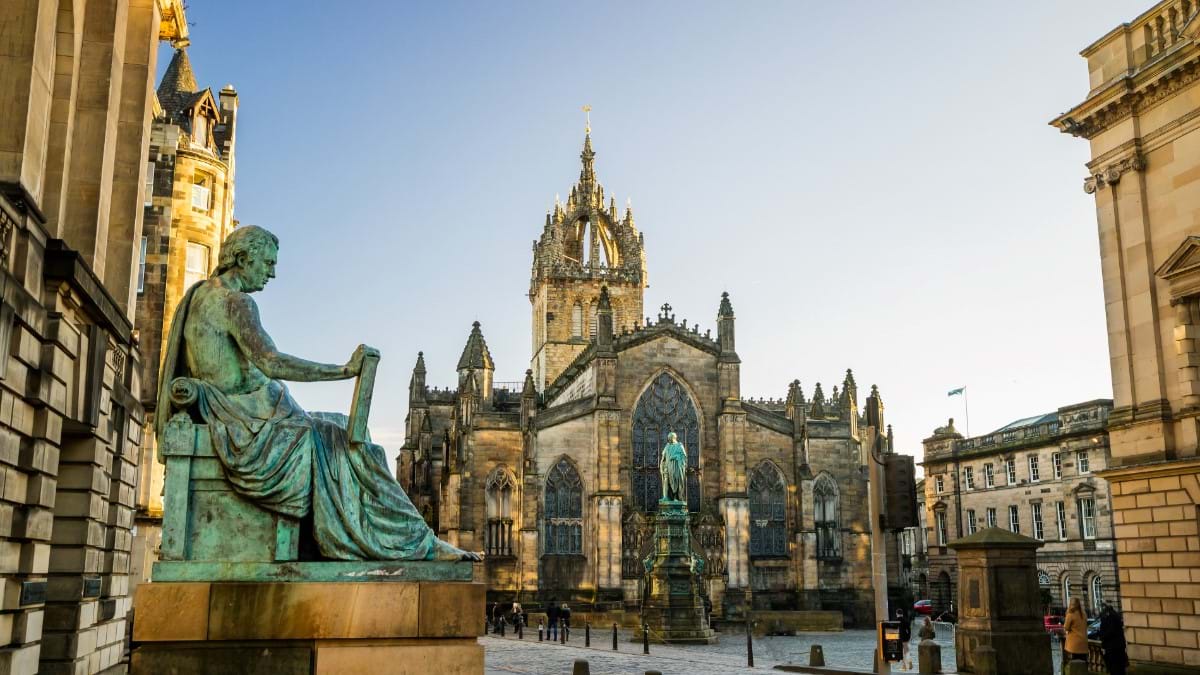 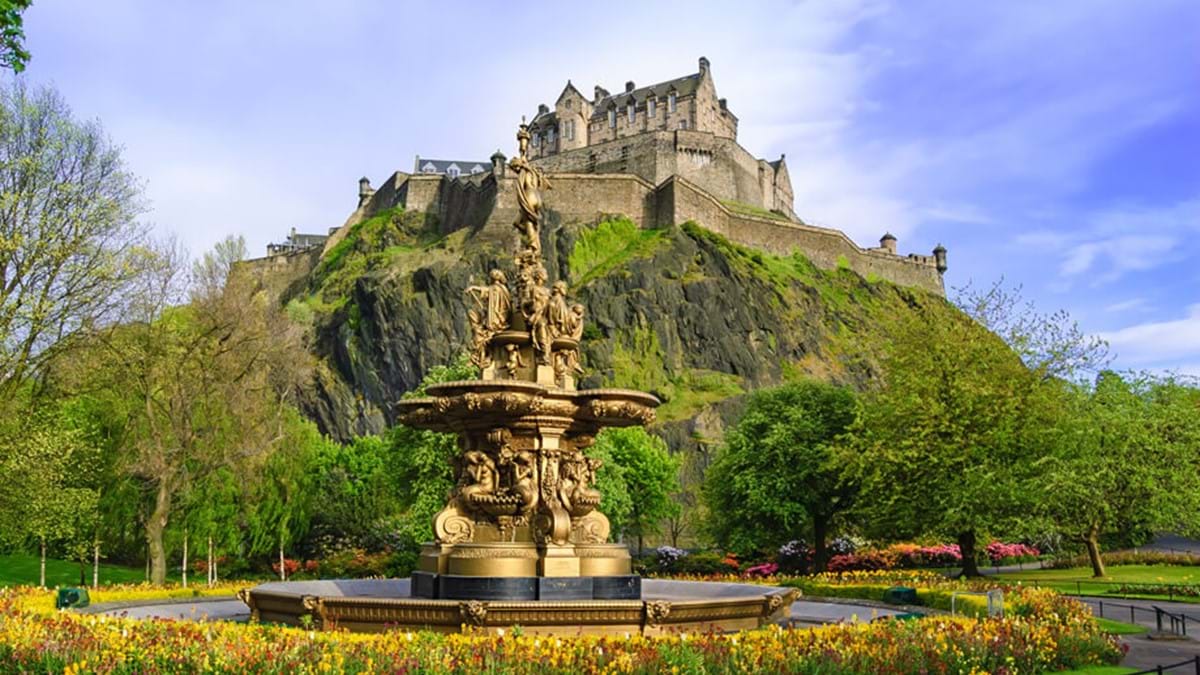 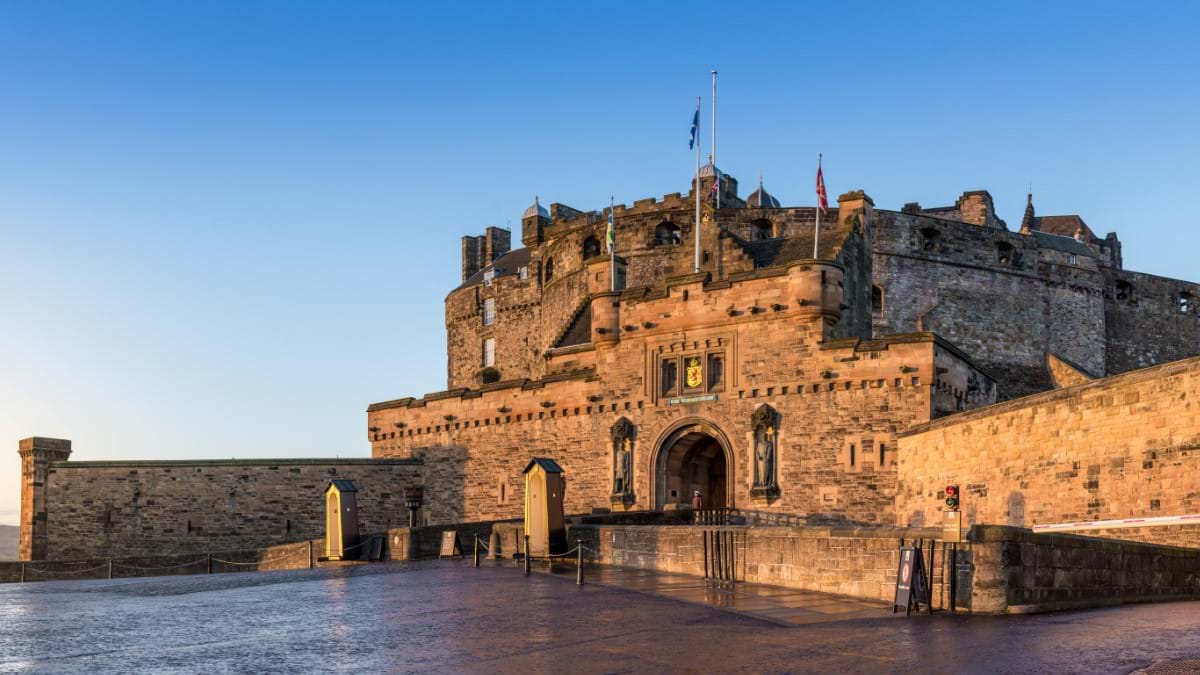 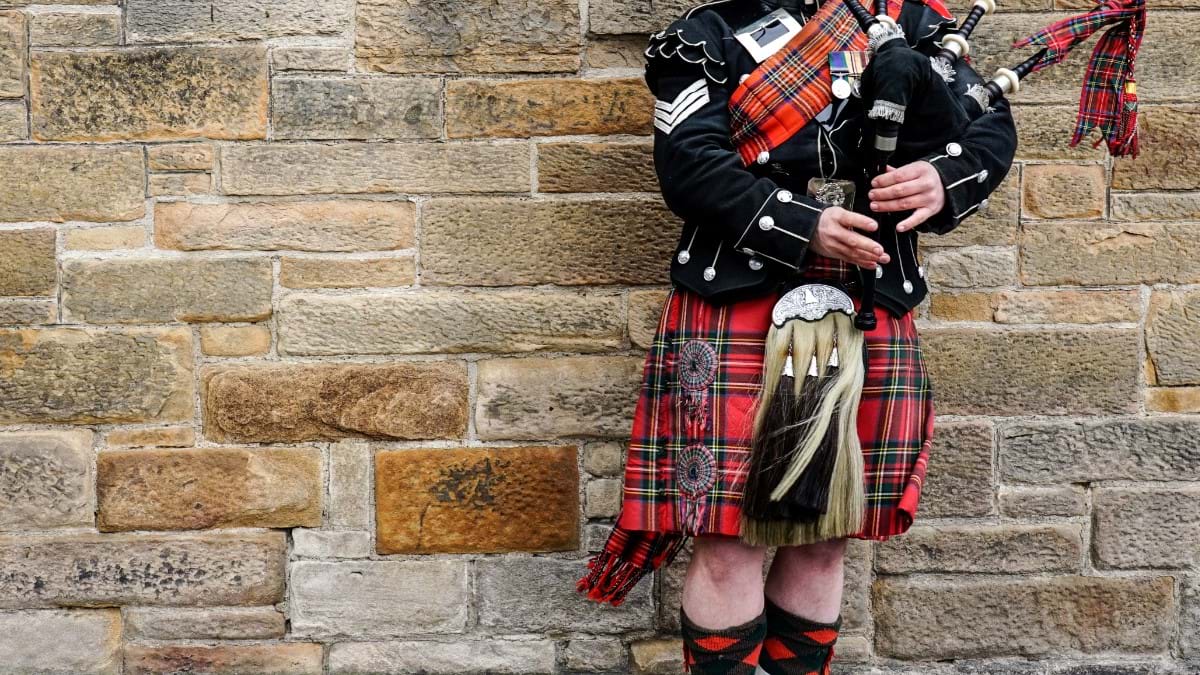 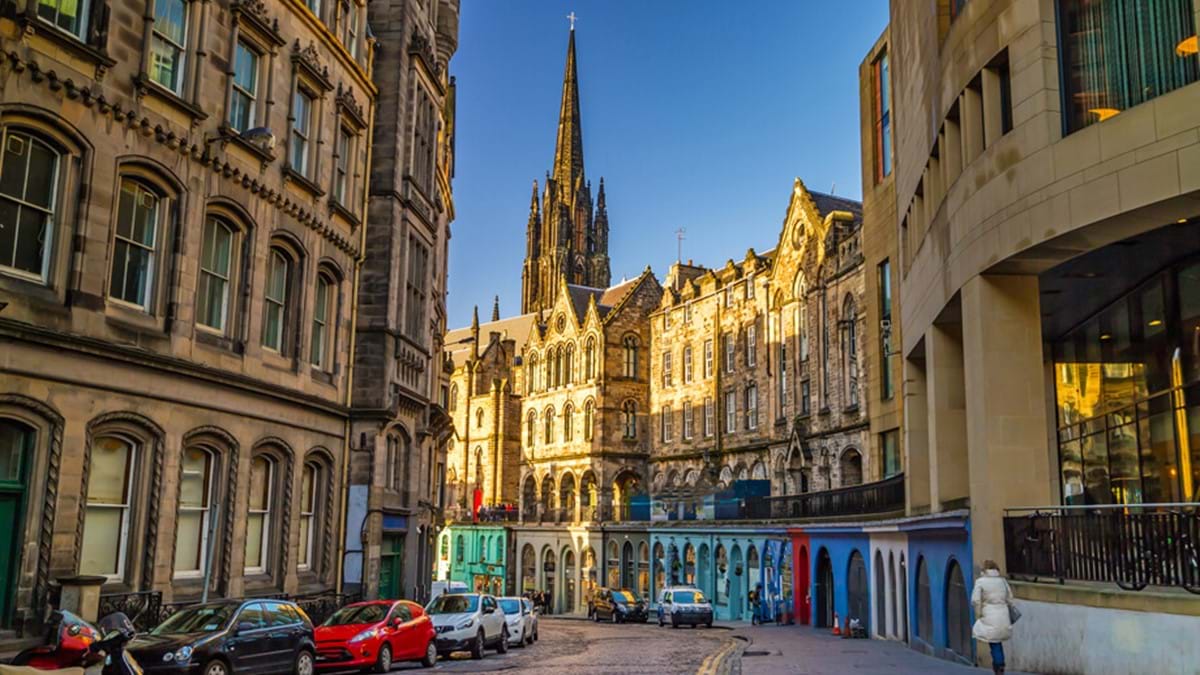 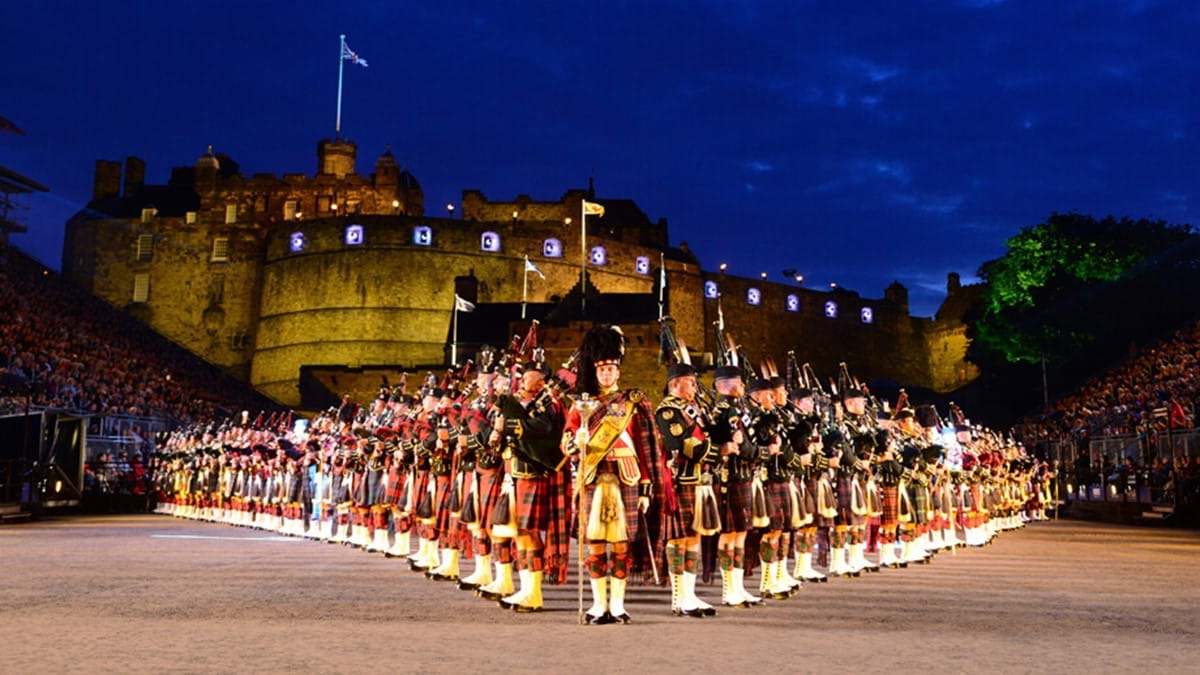 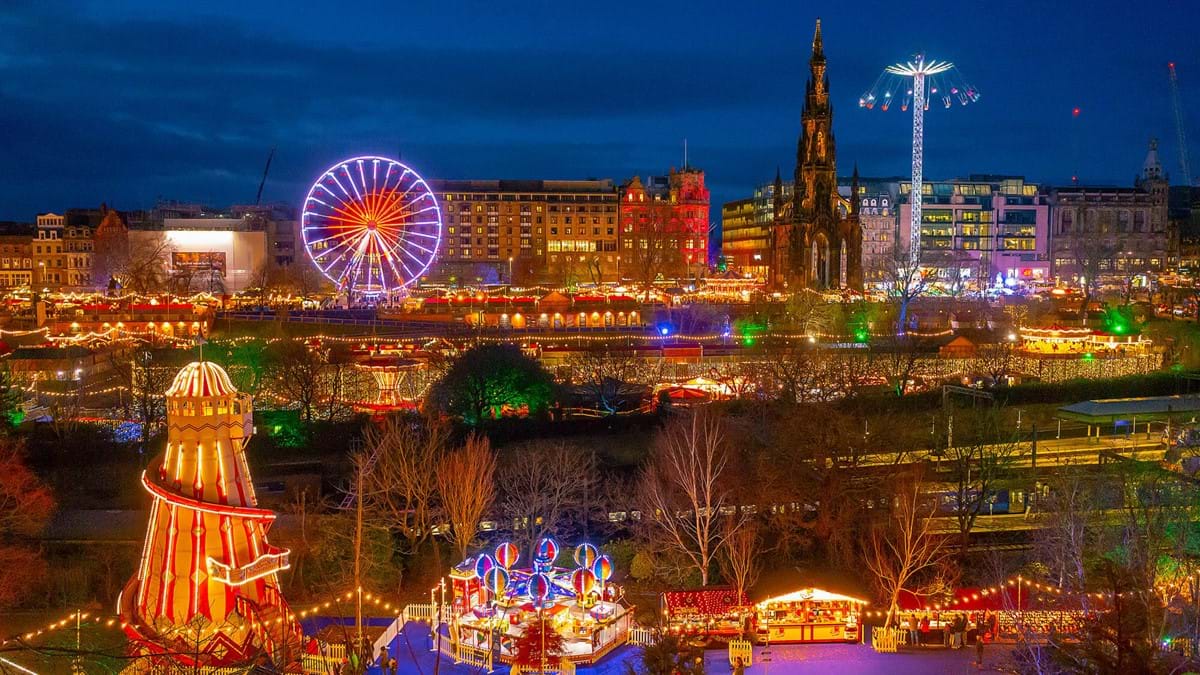 Food and Drink in Edinburgh 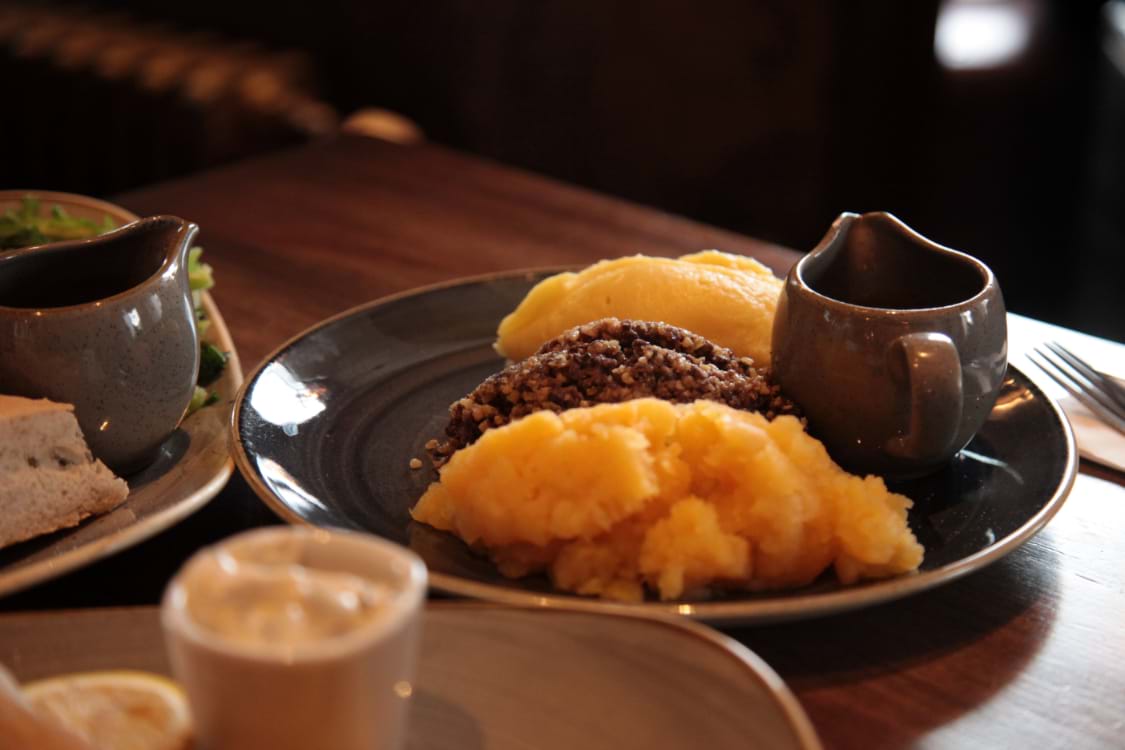 It may be a city steeped in history, but when it comes to dining, Edinburgh is home to a modern and vibrant food scene. Indeed, it has more restaurants per person than any other UK city, offering every kind of cuisine you could possibly be craving. Along with traditional Scottish fare, you'll find a wide range of international menus tempting your taste buds, across a pleasing variety of surroundings. If it's fine dining you fancy, you're in for a treat. The city is home to no fewer than five Michelin star restaurants, as well as an array of plush dining rooms. For more casual options, there is a plethora of superb bistros and cafes serving delicious dishes using fresh, locally sourced ingredients. Of course, few Edinburgh holidays would be complete without tasting the local dishes. Among the most popular with visitors to the city are haggis, neeps and tatties, Stornoway black pudding, and Cullen Skink. Edinburgh caters extremely well for those fond of seafood, with beautiful quality fish and shellfish widely available.

When it comes to the city's many bars, there is something to suit all tastes. From the cosy pubs of Old Town, with salacious histories stretching back centuries and the elegant saloons of New Town set in 18th century buildings, to trendy wine bars and quirky cocktail bars, it's easy to find a great spot to unwind at following a thrilling day of sightseeing. For Edinburgh trips around the New Year, visitors can partake in the excitement and lively atmosphere of the city's Hogmanay celebrations.